Now for the good news – my liver function has improved again this week and the trend is positive.  Although all enzymes are still not back in the normal range my medical team are satisfied that things are improving. Two of the 4 enzymes are in the normal range and the bilirubin (a key indicator) has been normal for a number of weeks.

The team have used this improvement to confirm that I do have GVHD of the liver but now that they know this they are confident the steroids will reduce this complication (with all the on-going side effects of course).

The other good news is that my Red Blood Cells (Hbs) are climbing week by week.  But as my now good friend James Watson said to me “I am using the middle road to temper my emotions with each week’s blood results.  I don’t get too down when they are low and equally I don’t allow myself to get too excited when  they look good.  They bounce around a lot and I find that allowing my emotions and feelings to move with the blood results can end up in disappointment.”

Middle of the road sounds good to me – so for this week we will call it a little ladder climbing up a bit higher but certainly not on the top rung of the ‘snakes and ladders’ game of life just yet!

I have put up a new piece in the Blog called Liver 101 for those who want to know more.

On the weekend I took delivery of my new (pre-owned) Adventure Bike – a BMW GS 800.  It was an exciting time and after kitting up I headed over to Williamstown for a run (about 30kms return) to test everything – well mainly me!  I haven’t done a lot of road riding so it was a new experience.

This bike suited me well as although the ‘big boys’ all ride GS1200s I felt that was a little too big a step first up.  This bike has factory lowered suspension making it much easier to get my feet on the ground when stopping.

I’m  looking forward to doing a few rides with mates back in Tassie but have to convince a few to kit up (Ian and Stewart that is you!). 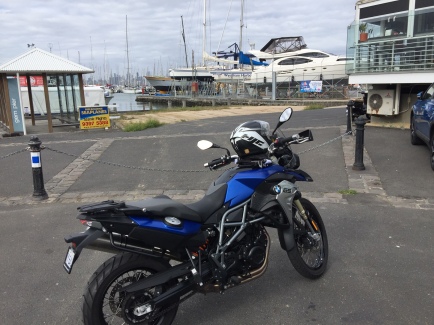 We had a great visit from my sister Fiona and her husband Michael (Jan’s brother for those who don’t know) on the weekend.  They were back in Oz from Bangkok for less than a week but managed to catch up with all the immediate family – a big effort.

Their son Oscar who is at Melb Uni joined us for dinner on Saturday night – with Claire and Toby of course!  We enjoyed a great night.  Spot the ‘double cousins’. 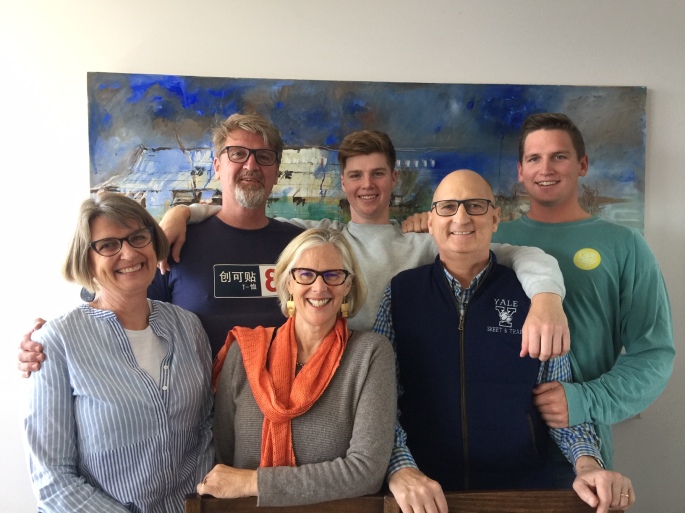 We managed to slip in another movie on Sunday afternoon – Swimming with Men – a quirky film showing as part of the British Film Festival in Melbourne.  It tracks a bunch of middle aged men suffering their own mid-life crisis who take to the pool with a synchronised swimming routine.  They find themselves being coached by a young female professional and head off to Italy for the world (unofficial) male titles where they come second to the Swedish team (actually played by the real Swedish team!).  This movie was another ‘feel good’ movie which is just what the doctor ordered.

In the meantime we are now planning our return to Tassie – hopefully this weekend.  The final decision will depend on a meeting with our consultant Amit Khot this Friday and a medical plan, including an introduction to a haematologist at Launceston General Hospital – just in case I need oversight down there.

I will need to return on a monthly basis at least for reviews but blood tests can be taken in Tassie with results linked to the Peter Mac/RMH system.

So stay tuned – the next blog will hopefully be from the Apple Isle!